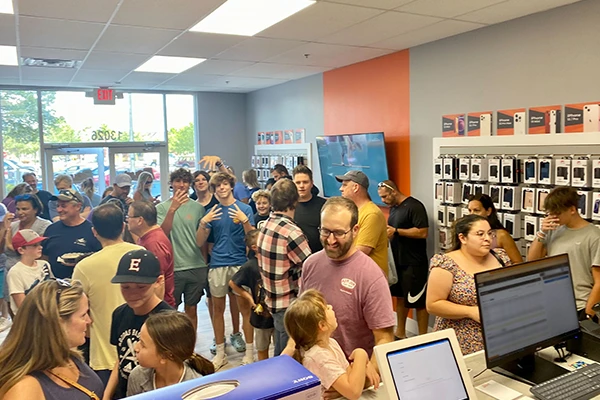 After a string of recent grand openings throughout the state of Florida, Quick Mobile Repair now ranks as one of the largest U.S. device repair businesses in terms of cumulative brick-and-mortar locations both opened and planned, according to industry media reports.

Earlier this month, the company christened its newest location in Westchase, Florida, an affluent suburb of Tampa, with that store’s two-day grand opening event handing Quick Mobile Repair its most profitable opening weekend in company history. It also marks the first of at least 15 franchised locations slated to open in the greater Tampa Bay area by the end of 2023.

“Looking at Florida, that’s the home turf of some of our largest competitors, but key parts of the state remain chronically underserved when it comes to fast, affordable tech repair solutions,” Nick Fazio, founder and CEO of Quick Mobile Repair, said of the company’s franchising strategy in the Sunshine State.

The early success of Quick Mobile Repair’s Westchase store has been mirrored by its other new Florida locations, serving communities such as Sarasota and Punta Gorda on the state’s Gulf Coast, which have also reported healthy initial revenues.

That’s a good sign for the company’s franchising strategy, which is focused heavily on Florida in the near term. Currently, Quick Mobile Repair has sold or is in late-stage talks to sell nearly 100 individual franchised units nationwide, more than half of which are located in Florida; Fazio projects the state will have 15 operational QMR locations by the end of this year.

In addition to Florida’s western coast, which will soon be home to more than 30 Quick Mobile Repair stores stretching from Tampa Bay to the Fort Myers area, the company has also tapped franchisees in Orlando and Jupiter, Florida—a beachside city north of Miami—to open several new locations in their respective cities.

Fazio, who founded Quick Mobile Repair in 2012, has also suggested the Atlanta region and several major cities in Texas are on the company’s shortlist for exploring franchise opportunities in the U.S.