Apple’s new iOS 16: Here is what we know

HomeApple’s new iOS 16: Here is what we know 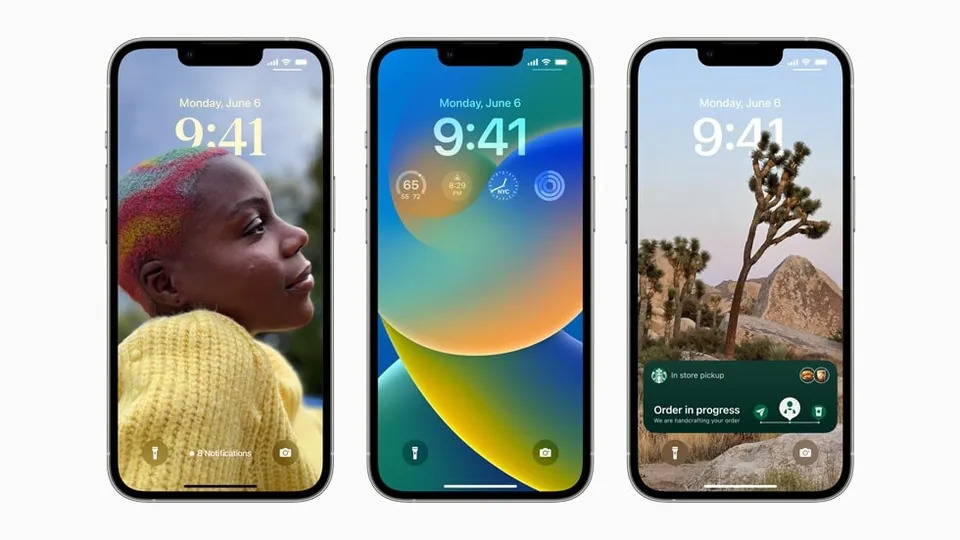 Apple’s new iOS 16: Here is what we know

The new mobile operating system will hit the market later this year, but recent beta testing and Apple’s WWDC announcement have revealed a few key insights

If you own an iPhone, get ready to see some significant changes to its operating system, better known as “iOS.” Last week, Apple took to the stage at its annual developer conference to preview iOS 16, a forthcoming version of the software that aims to reimagine core iPhone features from iMessage to Apple Pay to the layout of your lock screen.

“iOS 16 is a big release with updates that will change the way you experience iPhone,” Craig Federighi, Apple’s senior vice president of software engineering, said in a statement.

“We have reimagined how the Lock Screen looks and works with exciting new features that make it more personal and helpful, introduced iCloud Shared Photo Library for families, streamlined communication through new capabilities in Messages and Mail, and harnessed enhanced intelligence with updates to Live Text and Visual Look Up,” he added.

Thanks to Apple’s WWDC 2022 presentation, pre-public beta developers’ sharing their experiences, and weeks of coverage and speculation in tech media, users can get a glimpse into what to expect with iOS 16 long before its official release.

Here are five of the most significant things we’ve learned about Apple’s latest mobile software update so far:

It won’t be released for a few months

Apple’s new mobile operating system was officially unveiled on June 6 at its Worldwide Developer Conference, and while an early version of the software has already been released to a select group of developers, public beta testing for iOS 16 is not likely to begin for at least another month. Apple also has yet to announce a formal public release date for all users, but if history is any guide, then we can likely expect a wide-scale rollout in mid-September alongside the unveiling of its next flagship smartphone, rumored to be the iPhone 14. (For reference, iOS 15, the current primary operating system, was released last year on September 20, 2021; the year before that, iOS 14 made its debut on September 16, 2020.)

You’ll be able to edit and unsend texts

As part of the new software update, Apple will be giving users three of what CEO Tim Cook called the “most requested features” related to iMessage. Principally, you will now be able to edit or recall any texts immediately after you send them, making embarrassing typos or accidentally messaging the wrong person a thing of the past. Cook also confirmed that iOS 16 will give users the ability to mark text threads as “unread,” similar to an email, making sure they don’t get lost in the shuffle.

Following the explosion of so-called “buy now, pay later” commerce during the Covid-19 pandemic—and the growth of companies that are tailored to that structure, such as Klarna and Afterpay—Apple has decided to introduce its own version of deferred payments. Dubbed “Apple Pay Later,” this will give eligible users the ability to split a large Apple Pay purchase into four smaller payments that will be stretched out for up to six weeks, for example, all without any fees or interest charges.

Your lock screen will get an aesthetic upgrade

In what marks the largest change to the iPhone’s lock screen in nearly a decade, iOS 16 will incorporate the option to add Apple Watch-style widgets to your lock screen and personalize it with a variety of fonts and colors to choose from. Cited as “the most substantial update to the iPhone’s lock screen yet,” according to tech publication CNET, iOS 16 will also offer users the ability to create and toggle between different custom lock screen set-ups depending on their preferences, and will incorporate a “shuffle” option that cycles through different backgrounds and wallpapers at regular intervals.

It won’t work on many older iPhones

Due to the scope and sophistication of iOS 16’s features, Apple has confirmed that it will only be available on devices dating back to the iPhone 8, which was originally introduced in 2017. That means if you’re still using an iPhone 7, iPhone 7 Plus or any other Apple smartphone that’s more than five years old, it may be time to upgrade so you can take advantage of the latest features. If you are ready to get a new iPhone, make Quick Mobile Repair your first stop; we carry hundreds of premium refurbished devices at our locations nationwide, saving you up to 30% versus buying a comparable model directly from Apple.

0
« 7 easy ways to protect your device
Choosing a Tablet that’s Right for You »
Recent Posts
Sign up for exclusive offers here!