What exactly is the iPhone SE?

HomeWhat exactly is the iPhone SE? 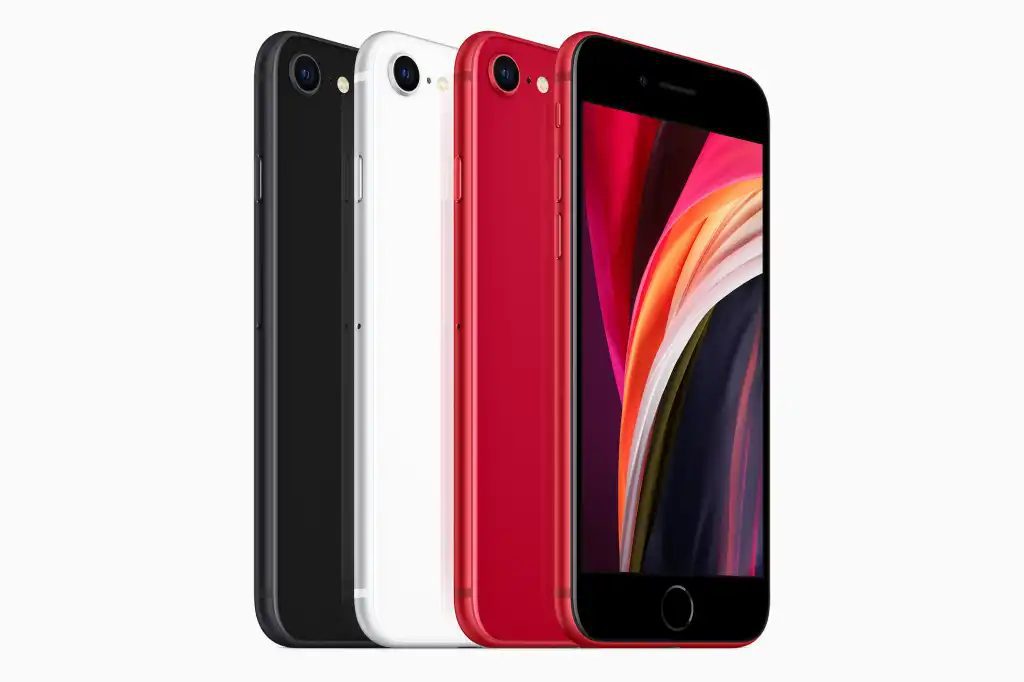 What exactly is the iPhone SE?

Earlier this month, Apple unveiled the newest model in its ever-expanding lineup of iPhones: the completely revamped iPhone SE, a complement to its cutting-edge iPhone 13 and iPhone 13 Pro devices that focuses on relative affordability and simplicity rather than battery life, camera quality or other supplemental features.

The idea, said Kaiann Drance, Apple’s VP of Worldwide iPhone Product Marketing, is to build “the most powerful and durable iPhone SE yet,” merging technology found in its flagship iPhone 13 models with an “iconic design”—or in other words, a 4.7-inch display and Touch ID-based home button à la the iPhone 8—that has made previous generations of the iPhone SE a popular choice among many customers.

But how exactly does the overhauled third-gen iPhone SE, which is available from Apple nationwide as of March 18, stack up against some of the company’s flashier, larger, pricier iPhones? Let’s take a look:

It’s all about the price

Ever since the original iPhone SE’s introduction in 2016, its budget-friendly price has been a major draw for consumers, often retailing for hundreds of dollars less than Apple’s top-of-the-line iPhones. The newest iPhone SE starts at as little as $429 for the smallest 64B version—a figure that jumps to $479 if you’re looking for the 128GB version, or $579 for the 256GB version, though all of those numbers can be reduced if you currently have another iPhone you’d like to trade in with Apple.

It’s that price point that makes the newest iPhone SE a fantastic entry-level candidate for someone who doesn’t need the massive storage capacity and tri-camera functionality that some other models feature. And it’s significantly less costly than the other iPhones that Apple currently manufactures: its next-cheapest base model, the iPhone 13 Mini with 128GB of storage, clocks in at $699; meanwhile, the iPhone 13 Pro Max with one full terabyte of built-in storage—the most high-tech phone that Apple has ever produced—will set you back a whopping $1,599.

Let’s talk about the specs

While some the new iPhone SE’s technical details, like its use of a conventional home button versus an all-glass front display, make it a relatively primitive device compared to some other modern smartphones, much of the hardware inside the phone is largely identical to what’s available in Apple’s $1,000-and-up iPhone 13 models.

Running iOS 15, Apple’s newest software operating system, the third-generation iPhone SE contains the A15 Bionic chip, which is the same so-called “brain” of the device that’s used in iPhone 13 models. Known as the fastest CPU of any smartphone on the market, the highly efficient A15 chip helps give the iPhone SE a longer-lasting battery and advanced camera features like Smart HDR 4 photographic range without actually installing larger, costlier batteries or camera lenses. It also allows the iPhone SE to support most wireless charging devices, as well as certified fast chargers.

It’s also 5G-enabled, meaning that the iPhone SE can offer users faster upload and download speeds, higher-quality streaming and better wireless connectivity, even when not connected to Wi-Fi. And while that level of data consumption can be exhausting for the battery, its “Smart Data” mode will automatically conserve battery life by shifting to LTE when 5G speeds aren’t needed. More than 200 carriers in over 70 markets and regions will support 5G coverage by the end of 2022, Apple projects.

As Quick Mobile Repair can tell you first-hand after more than a decade in the device repair business, iPhones are far from invincible. But Apple’s newest iPhone SE is advertised as having the “toughest glass in a smartphone,” as well as being splash, water and dust resistant in lab-controlled conditions. Hopefully you won’t have to find out just how durable its glass screen is, but you can rest assured that our certified technicians are standing by in cities nationwide to fix any sort of issue that your iPhone is facing.

At as little as $429, the iPhone SE is an attractive device if you’re looking for much of the power, capacity, and seamless user experiences that Apple is known for without the over-the-top price tag. If you’re comfortable with just utilizing the iPhone’s core features, if you’re looking for a capable starter smartphone for a grandparent or a student, or if you simply don’t want to break the bank with your iPhone purchase, Apple’s third-gen SE may be the phone for you.

Alternatively, if you’re looking for a budget-friendly iPhone that won’t cost you a fortune, come by your local Quick Mobile Repair store. All of our locations carry a wide variety of both new and certified refurbished smartphones from leading brands that can save you up to 30% compared to buying a new device directly from the manufacturer.

0
« Dealing with some of the iPhone’s most common problems
How to make the most of your cell phone while traveling »
Recent Posts
Sign up for exclusive offers here!